How Yoga is An Effective Practice to Prevent Depression & Anxiety

“Yoga is the journey of the self, through the self, to the self” - The Bhagavat Gita


Any kind of aerobic movement causes a surge in dopamine levels in our brain and also releases endorphins in our body. This can be supremely beneficial when you are fighting against depression, anxiety, and other such mental ailments.
However, there are a few other forms of exercise that are much more superior in easing the mental stress levels. Yoga is one such exercise/practice, that has proven to be highly efficient in helping those who are suffering from mood disorders, chronic conditions, and even addiction.

Although yoga was introduced several centuries ago, it has gained massive popularity worldwide only recently. Presently, the therapeutic benefits of yoga are being rigorously studied by several researchers using RCT or randomized controlled trials.
During one such research in early 2017, it was proven that in comparison to medicines and other forms of exercises, yoga was much more effective in reducing the symptoms of unipolar depression.

In a similar study, researchers compared the effectiveness of yoga and waitlist control for about 12 weeks. It was then incurred that yoga impressively outperformed the waitlist control program in reducing the symptoms relevant to depression.
This led to several people wondering what specifically changes in our body due to yoga which causes such drastic changes? This article will provide a deeper insight into how our body reacts to yoga and how it makes the positive transformation of our mind, body, and soul possible.

Almost all the diseases and disorders, may it be physical or mental, are caused due to toxicity or nutrient deficiency. Almost all the toxins in our body are stored beneath our skin in the fat cells. In order to release these toxins from our bodies, we need to sweat it out by practicing exercises like yoga.

With the release in the toxins from your body, you automatically start feeling rejuvenated from inside. This ultimately improves your mood and effectively wards off depression and anxiety.

Through yoga, the blood in your body gets redistributed and the oxygen delivery also increases. This way, your body’s circulatory system improves to a great extent. Several postures in yoga are aimed at increasing the flow of fresh blood to specific parts of the body.

When you practice these postures, the blood supply to a particular part gets cut off for a few seconds and once the maximum volume and capacity has reached, the fresh oxygenated blood rushes to flood the system.

This kind of controlled pressure and force cannot be created by any other form of exercise. With this increased flow of fresh blood through your organs and glands, your health improves tremendously.

Yoga Helps in Gaining Control Over Your Body

A critical component of any yoga asana (yoga posture) is to learn how to control your breath. You can gain maximum benefits from yoga only once you master the art of breathing right through the different yoga asanas.
When you voluntarily modify or change the pattern, depth and rate of breathing, the messages received by the brain from the respiratory system can also be changed. It is only through yoga that you can send messages to the brain in a language that it understands.

Pranayama is a very effective yoga exercise that aims at improving the functioning of your lungs. By practicing pranayama your lungs get repaired naturally and fresh oxygenated blood gets optimally circulated throughout the body.

Several aerobic exercises increase the level of cortisol in the body. However, in the case of yoga, the parasympathetic nervous system is primed through which the stress response gets tamed effectively.

Yoga has been proven to destroy and metabolize stress hormones. The different elements in the yoga asanas possess a meditative factor that extensively promotes mindfulness which is very effective against anxiety and depression.
Through yoga, the stress response systems in our body are moderated which causes a decrease in physiological arousal like blood pressure lowering and reduction in heart rate. Also, yoga increases the variability of the heart rate which in turn improves your body’s ability to resist stress.

These are just some of the ways in which yoga changes the functioning of our body and improves our lifestyle. There are several studies that have shown that yoga has also been successful in treating many serious ailments including heart diseases, breast cancer, chronic back pain, etc. Many people have also been successful in gaining back muscle control in their body due to specific yoga asanas.

Include yoga in your exercise regime and you can see positive changes in your mood, body, and lifestyle within a few weeks. 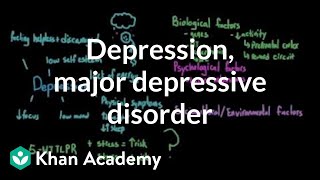 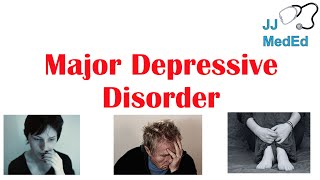 Major depressive disorder is a mood disorder characterized by pathological sadness and feelings of hopelessness. It persistently affects the individual’s cognitive functions such as thinking, concentrating or memorizing. It is still unknown what causes major depression but researchers agree on the different brain chemistry found in those suffering from it. Treatment consists in monotherapy or combination of different types of antidepressants.